The announcement was made Wednesday afternoon that, for the first time since 1996, the Baseball Writers’ Association of America (BBWAA) failed to elect a single player, from the 2013 ballot, into the Baseball Hall of Fame. This causing a vast amount of controversy among the baseball world, as everyone seems to have a different opinion in regards to the voting results.

There are those who are glad that no players got in, there are those who are upset that no players got in, and then there are guys like me, who fall somewhere in between. I’m not all that upset that not a single player received the required 75% of the vote needed to get into the Hall of Fame, but, at the same time, I would’ve liked to have seen at least a couple of guys make it into the HOF, from the 2013 ballot.

But it is what it is; there’s always next year.

What it comes down to for me is the fact that this didn’t have to happen. Had the ‘Steroid Era’ never of occurred, the likes of Roger Clemens and Barry Bonds would’ve been first ballot Hall of Famers, no question about it. Instead, they might not ever get in, as they only received 37.6% and 36.2% of the vote, respectively, this time around. For them to eventually get a plaque in the Hall of Fame, they will have to amass double the number of votes they did in this year’s vote, and I just don’t see that happening.

While they each have an additional 14 years of eligibility, I feel the voters have already made up their minds, for the most part. While a few members of the BBWAA might’ve merely held off in voting for Bonds and Clemens, in this their first year, just to prove a point, and might end up voting for them eventually, either you think Bonds and Clemens should get into the Hall of Fame or you think they shouldn’t. End of story.

But where does that leave the rest of the players from that era? Guys like Craig Biggio, Mike Piazza and Curt Schilling, who were never proven to have taken anything, but fall under the cloud of suspicion due to the era in which they played. Well, I see it like this:

They pretty much fall into the same category as those connected to PED use. Either the voters are going to vote for them, or they aren’t. There’s not much grey area here, as far as I can see, but maybe I’m wrong. Maybe the voters aren’t going on suspicion alone and just decided not to vote in Biggio, Piazza and Schilling this time around for one reason or another. For the sake of the Hall of Fame, I surely hope so. Leaving out Biggio, Piazza and Schilling would be a real shame.

The other main player I’d like to talk about, that many people feel should be a HOF’er, but didn’t make the cut yet again this year, is Jack Morris. Morris was a great player, but, in my mind, he’s not Hall of Fame worthy. 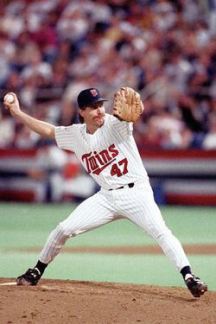 The thing that gets me the most when people try to make a case for Morris, is their tendency to use the intimidation factor as the reason they feel he deserves to get in; that you didn’t want to face Morris in any given situation. But it’s not the Hall of Intimidation, it’s the Hall of Fame. The place where the games’ all-time greats get enshrined to forever be seen by generations of baseball fans to come. To me, a career 3.90 ERA just doesn’t cut it. Thus, I agree with Morris not getting in–this being his 14th time on the ballot.

While the 2013 Hall of Fame ballot saw no players receiving the necessary number of votes needed to get elected, there are multiple players set to be added to the ballot in 2014 who are shoo-ins to get in on the first go around.

Greg Maddux, Tom Glavine and Frank Thomas are three of the favorites to do just that, with some making the same case for guys like Mike Mussina and Jeff Kent. We’ll just have to wait to see, but no matter what happens, there are sure to be at least a few players who get into the Hall of Fame in 2014.

In addition to the near certainty that several players will be voted in in 2014, next year’s vote should tell the tale once and for all of whether or not Barry Bonds and Roger Clemens stand even a slight chance of ever getting into the Hall of Fame.

If their percentages jump a large amount–due to BBWAA members voting for them that didn’t in 2013–they might have a shot of getting in, several years down the road. If they fail to receive greater than a few more percentage points, however, I’d say it’s a lost cause for two of the best players to every play the game of Major League Baseball.