About a year ago, I made the statement that I’d love to take batting practice and play catch on a professional baseball field, should the opportunity ever present itself. Little did I know that there was a way to make my wish a reality, as the local Triple-A affiliate of the Tampa Bay Rays, the Durham Bulls, hold a fan fest twice a year, giving fans the chance to participate in both of the activities I was looking to take part in.

When I first learned that there was such a thing as fan fest, in October of last year, I already had a vacation planned with my family, so I unfortunately couldn’t attend. Therefore, when it was announced that they were holding another one in March, I made sure to mark the date on my calendar.

I wasn’t going to miss it this time around.

Accompanied by my dad, I arrived at fan fest at 12:30, right at an hour and a half after the gates first opened: 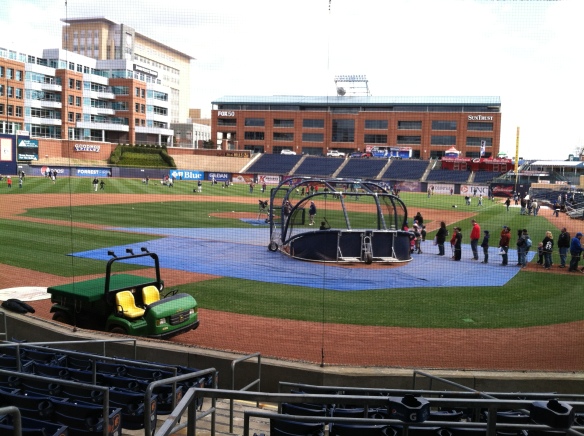 The line you see extending from the batting cage is (obviously) the line of fans waiting for their chance to hit.

With the line being so long (continuing further out of the frame in the picture above), we decided to go ahead and play catch first. So we made our way down the steps, and into the outfield:

All of the balls were being used when we first arrived–we weren’t told to bring our own, though I think most people did–however, a couple of kids were nice enough to let the both of us play catch with them, in a square formation, of sorts.

After the four of us played catch for around 30 minutes, the plan was to head to the batting cage, to take some hacks, but after watching a few people take their turn, it came to my attention that you only received five swings. Knowing that I would more than likely swing and miss on every pitch, I figured it wasn’t worth it. So after a stop in the Bulls’ dugout…. 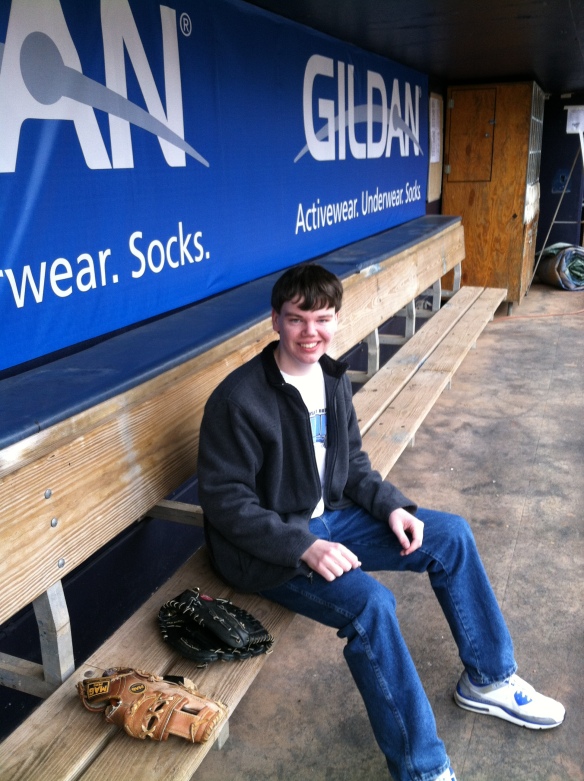 ….I decided to take a trek around the outfield warning track: 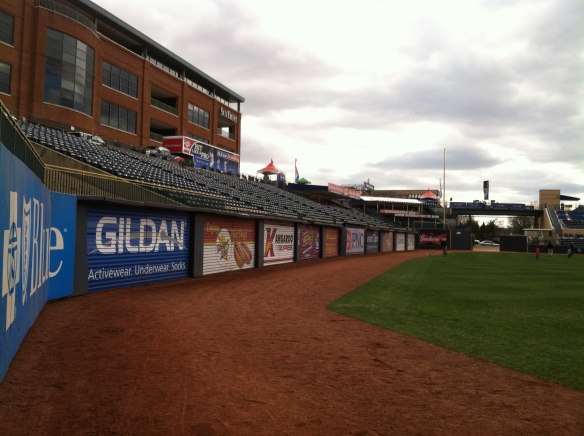 Here’s what it looked like from straight away center field: 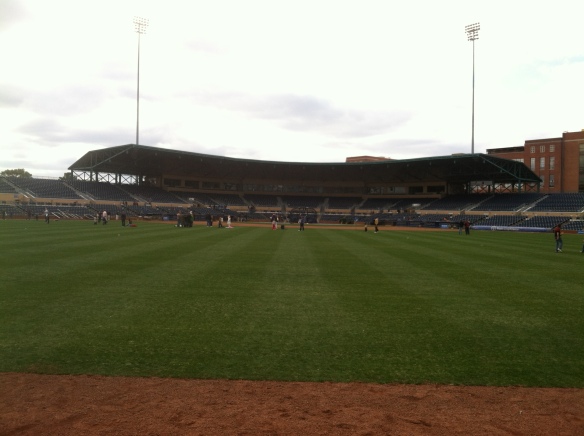 From where I was standing, it’s exactly 400 feet to home plate.

I continued my walk, ending up over by the blue monster…. 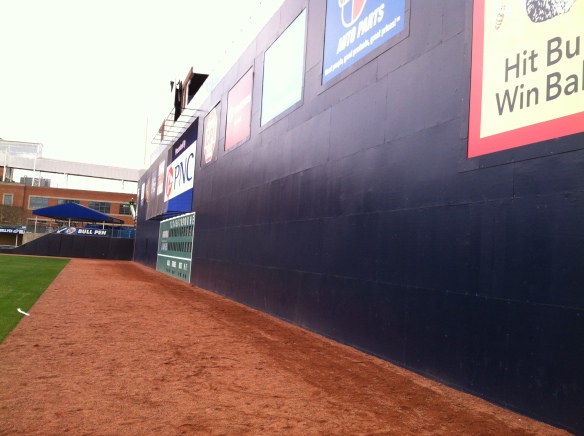 ….where I had my picture taken, just before my dad and I made our way out of the ballpark: 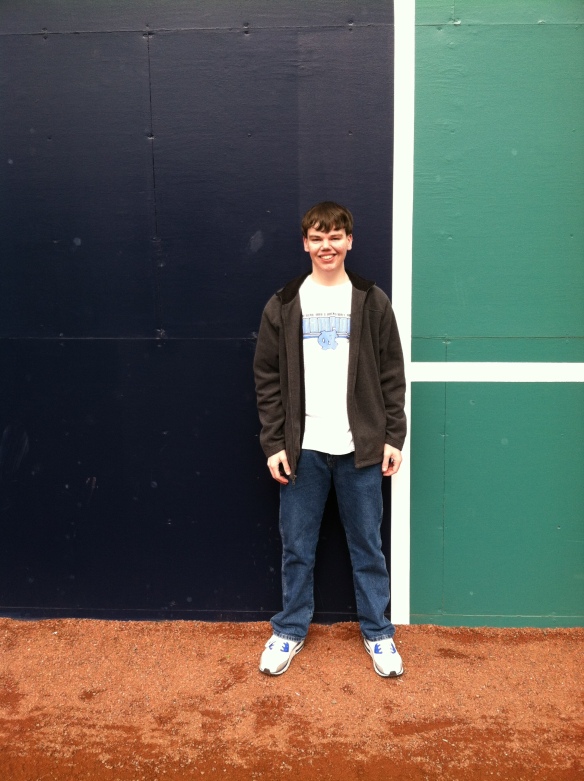 I had a great time at Bulls fan fest. It’s something I’d recommend to anyone, if you’re ever in the area when they hold it. But then again, it’s hard not to have fun anytime baseball is involved.

All of the pictures were taken on my phone, so if they seem a bit blurry, that’s why.