The Athletics currently hold a rather large lead in the Wild Card standings for the American League, so if any non-division-leading teams in the AL want to make the post season, it will likely have to be through the second Wild Card.

The Yankees, Orioles, Indians, and even the Royals, are the teams that currently still stand a chance of taking over the second Wild Card spot, currently held by the Rays. While it’s admittedly not a good chance, especially for the Royals, it’s a chance, nonetheless. 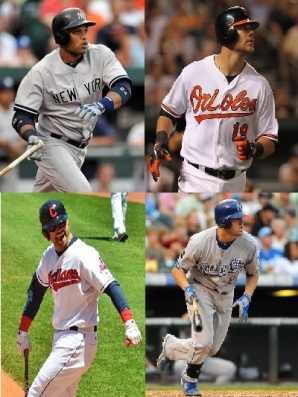 question is, if any of these teams can go on a run to make the post season, which team will it be?

In my mind, the Yankees are the best team of the four currently chasing down the Rays. While they don’t have that great of a pitching staff, nor a young lineup, they have a lineup of veterans — Jeter, Soriano, Rodriguez, and others — that seem to all be getting hot at just the right time.

Though they’re currently partaking in a series against the Red Sox, which are arguably must-win games, the majority of the Yankees remaining schedule isn’t all that bad. Which is why I think that even if they miss the postseason, it won’t be by as much as people originally thought it would be at the beginning of the season.

As far as the Orioles, Indians and Royals go, they all sit just behind the Yankees, and face an uphill climb for sure. Though I’d love to see the Indians or Royals finally give their fans something to be excited about, after subpar seasons over the past several years, I don’t see it happening. The Orioles, along with the Yankees, are the only teams with a viable chance, in my opinion.

No matter the outcome for the Yankees, Orioles, Indians and Royals, who are currently trying to make a final push for the post season, it will certainly be fun to watch them all in the coming weeks. They all still technically stand a shot of making the post season, and will undoubtedly be playing their hearts out for the remainder of the year.

Only time will tell if their efforts will be all for naught.