Spring Training has officially begun for the majority of teams around baseball. Over this past week, pitchers and catchers have made their way to either Florida or Arizona to start their training for the long 162-game 2015 season. Meaning, there are a mere ten days until Spring Training exhibition games get under way and just 43 days before Opening Night between the Cardinals and the Cubs on April 5th. 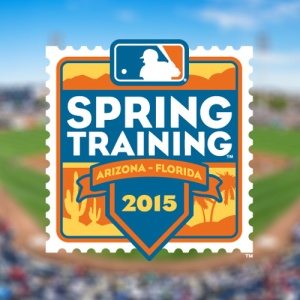 But I’m not quite ready to jump ahead to the start of the regular season just yet, as I still have a lot I want to talk about in the coming weeks on this blog. Therefore, for the time being, I’d like to take a minute to discuss something I love to do this time of year (besides watch Spring Training games on TV.)

Every Spring Training, for the past three or four years, I’ve sent out a handful of through the mail (TTM) autograph requests to different players around the league. This year, I’m going to be sending out several TTM’s, with the best player I’m sending to being the Astros’ 2013 number one pick, Mark Appel.

Other top prospects that I’m planning to send to throughout the spring include Sam Tuivailala (an under the radar, underrated flamethrower in the Cardinals’ farm system), Jacob Gatewood (41st overall pick in the 2014, known for his extreme power), Rob Kaminsky (a highly praised pitching prospect with St. Louis), and D.J. Peterson (a breakout slugger in the Mariners’ system who hit 31 homers in 2014).

As far as major leaguers are concerned, I’m sending to just a few of those this year. I got tired over the past few years of taking the time to put together an autograph request and wasting stamps to not receive anything back in return. So this time around, I’m only sending to big league players that I feel confident will return the cards signed, either because they have a good record of signing TTM or because they told me they would on Twitter.

Players who fall into that category include Patrick Corbin, Scooter Gennett, Joe Kelly and Dustin Ackley. They won’t wind up being the only MLB players I send to before Spring Training is over, but right now that’s all I’m sending out.

I’ll keep an eye on who’s signing very well over the coming weeks and if they’re a good enough player, I’ll likely send something out to them like I did with James Paxton last year and Mark McGwire a few years back. (Both were returned signed, just as had been advertised those springs.)

Last year I sent off fourteen total autograph requests to Spring Training and received back six of them, from Eddie Butler, Clayton Kershaw, Albert Almora, Kyle Zimmer, James Paxton and David Robertson. That’s pretty good as far as TTM’s go, but not getting back the other eight really made me think about who I sent to in 2015. So I’m sending off just nine to start off, with there being a good possibility I’ll add a few more to the list of autograph requests before Spring Training ends.

No matter what I decide to do, and no matter how many I successfully receive back signed, I’m planning to post a blog entry every time I receive back 2-3 autographs from the players I’m sending to, just as I did last year. Hopefully it won’t be all that terribly long before I start getting them back (maybe a few weeks?). So be sure to check back over the course of the next couple months to see how well I do this Spring Training.