Heading into Friday, the Cubs were a mere one game from clinching a playoff berth. Either a win by the Cubs or a Giants loss would mean October baseball for the Cubs for the first time since back in 2008. However, it appeared that things may have to wait for another day after the Cubs lost to the Pirates 3-2 in the afternoon’s game. 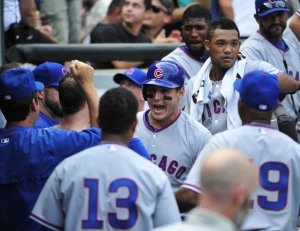 With the loss, attention swung to Oakland, where the Giants were playing that night. If the A’s could pick up the win, the Giants would be eliminated from Wild Card contention, and the Cubs would become the fifth team to clinch a playoff spot. The Giants would end up come through for the Cubs, losing to Oakland, and being knocked out of the running.

Now that the Cubs have officially made the playoffs, it allows baseball fans from all over to set their sights on perhaps bigger things in Chicago. It’s common knowledge for any follower of the game that the Cubs haven’t won the World Series since 1908, having not even reached the Fall Classic since all the way back in 1945. To say fans in Chicago have been waiting for a World Series appearance for awhile would be a vast understatement.

But with the Cubs making the postseason, there officially begins to arise a bit of hope. Perhaps — maybe, just maybe — this is finally the year the Cubs break the longest World Series drought in baseball history and finally go the distance. However, they face a tough road to even reach the final seven game series.

Friday’s game against the Pirates was likely a preview of the Wild Card game set to take place on October 7th, assuming the Cardinals can hold onto their three game lead over the Pirates. But if Friday’s game was any indication, the Cubs will have to be on top of their game to advance to the Divisional Series.

One of the upsides for the Cubs is that they will likely have Jake Arrieta on the mound against Gerrit Cole, instead of Jon Lester as they had on Friday. While Lester is a terrific pitcher, Arrieta has had an unbelievable season and will 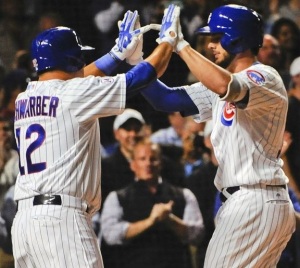 likely give the Cubs their best shot at advancing.

The Cubs certainly have a good enough lineup to compete with any team they may encounter. With Kris Bryant, Kyle Schwarber and Anthony Rizzo, among many other young stars and veteran players, run scoring shouldn’t be a problem for the most part. On the flip side, while their pitching isn’t terrible by any means, it’s also not that dominant either.

Past Jon Lester and Jake Arrieta, their rotation falls off a little bit, but they are each more than capable of picking up a win, especially with the lineup they have to score runs. In the long run, the Cubs may find they can’t compete with other teams’ pitching staffs, but I feel they will at least make it past the win or go home Wild Card game.

As history has shown, once a team reaches the first five game playoff series, pretty much anything can happen. While on paper the other teams around baseball would appear to have an advantage, October baseball has a way of throwing stats out the window. After all, the Cubs were supposed to still be “a few years away” from contention. They’ve already proved a lot of people wrong by breaking those odds.

This may turn out to be a historical year when all is said and done.