Each and every year there arises a major debate around the baseball world as to which players are deserving of induction into the Baseball Hall of Fame in Cooperstown, New York. While certain players from any given year are no doubt picks, sparking little argument as to whether their career numbers are worthy of election, others players have rather borderline statistics, making things very controversial. This year was no different.

The 2016 Hall of Fame ballot has 32 players on it, with 15 of them being in their first time on the ballot. After reviewing the ballot numerous times, I gave each and every player careful consideration, but in the end I wound up placing only four on my ballot. Here are the four players I feel should make it into the Hall of Fame in 2016 (not necessarily the players I think will get elected) when the official announcement is made on Wednesday:

The first player on my ballot is Mike Piazza.

Mike Piazza is facing his fourth time around on the Hall of Fame ballot, but after making the jump up to 69.9 percent of the vote last time around (75 percent is needed for induction), I think Piazza will finally make it in this year. In my mind, Piazza is hands down a Hall of Famer. While he doesn’t have the most impressive statistics (2,127 hits, 1,335 RBI’s and 427 home runs) in baseball history by a long shot, when you compare his numbers against the greatest catchers of all time — many of which are already in Cooperstown — Piazza is right there with the best of them.

Next, I have Tim Raines. 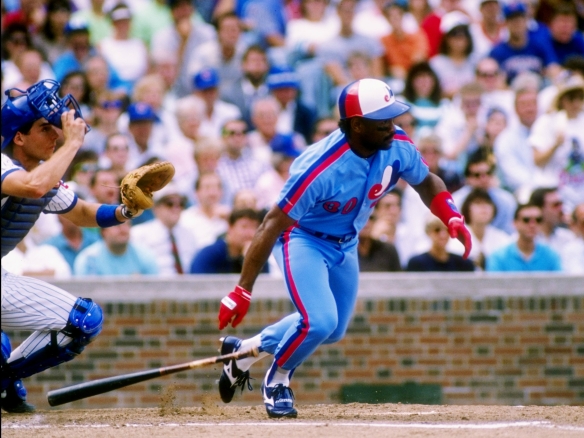 I’m not sure Tim Raines will ever make it into the Hall of Fame, but I have him on my ballot. There are a number of people who understandably don’t see him as worthy, with him only receiving 55 percent of the voters approval last year, but I think he did enough to make it in. Raines sits fifth all-time on the stolen base list, with the four players ahead of him each holding a spot in Cooperstown. Having blasted just 170 home runs in his career, Raines doesn’t jump off the page as a Hall of Famer, but it’s his 808 stolen bases combined with his 2,605 total hits that make him worthy.

Of the first time appearance players, the first one on my list is Ken Griffey Jr. 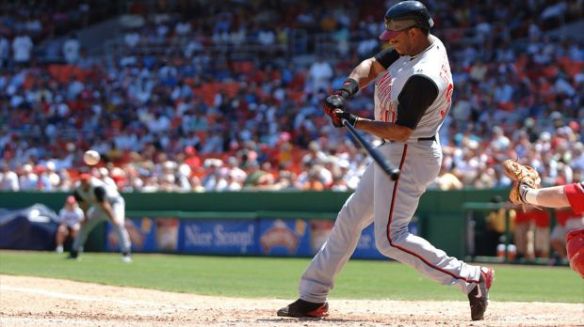 This is by far the easiest selection of the entire 2016 Hall of Fame class. There is absolutely no way that Ken Griffey Jr. doesn’t get into the Hall his first go around. Although there are a number of people who are speculating the notion that Griffey Jr. could possibly become the first player to ever received a unanimous election, I don’t see that happening. There are always a few holdouts who refuse to vote for a player their first time on the ballot for a number of crazy reasons. Even so, Griffey’s 630 career home runs, 1,836 RBI’s and 2,781 hits will inevitably see him making an acceptance speech in July.

The final player on my ballot is Trevor Hoffman.

Picking Trevor Hoffman on my ballot is likely the most controversial pick. In my mind, he is a no doubt Hall of Fame player, but there are a number of people who don’t feel that he is worthy — especially his first time on the ballot. But there is one stat that makes him worth the selection: 601 career saves. Hoffman’s 2.87 ERA doesn’t make him a Hall of Famer, given he was a reliever, and he only struck out 1,133 batters over 1,089.1 career innings. But only Mariano Rivera (another future Hall of Fame closer) has more saves than Hoffman. Trevor Hoffman was simply one of the all time best at what he did, and he deserves enshrinement in the Hall of Fame.

Unfortunately, even with all of the great players on the ballot this year, I had to leave off the remaining 28 players, including a large number of the really good players from the ballot, including Jeff Kent, Gary Sheffield, Fred McGriff, Edgar Martinez, Larry Walker, Curt Schilling, Lee Smith and Billy Wagner — all of which have good arguments for induction into the Hall.

In addition, I’ve excluded Barry Bonds, Mark McGwire and Rogers Clemens, among others traced to PED’s, not based solely on their PED use, but merely because I don’t feel they should get in this time around. Not yet; maybe not even at all. I haven’t fully decided how I feel. The Hall of Fame is an exclusive club, and I’m not sure I’ll ever feel that PED players are deserving of induction.