Although it won’t officially count in the record books, Ichiro Suzuki is on the verge of surpassing the all-time hit record of 4,256 professional hits, set by Pete Rose over the course of his would-be Hall of Fame career. Sitting on 4,255 combined pro hits between Major League Baseball and Japan’s equivalent level Nippon Baseball League, Ichiro is just two hits shy of having the most hits in professional baseball history. 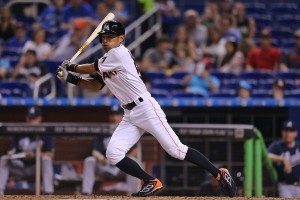 However, as previously stated, it won’t go down as the official record for hits in Major League Baseball history, as 1,278 of Ichiro’s career hits came over in Japan and therefore don’t count towards his career numbers here in America. But regardless, it’s still an amazing accomplishment.

Ichiro first broke into the majors back in 2001 at age 27. That year with the Mariners, Ichiro recorded one of the best first seasons in MLB history. With 242 hits, a .350 average and 56 stolen bases, Ichiro walked away with the MVP and Rookie of the Year awards, along with a Silver Slugger, Gold Glove and an All-Star appearance. Quite the haul for a player in their very first year.

Going on to have nine consecutive superstar level seasons following 2001, including nine more Gold Gloves, nine subsequent seasons of 200+ hits (including the single-season record of 262 back in 2004) and nine more All-Star games, Ichiro hasn’t been on the same level since his last star season in 2010. But that doesn’t matter. He’s still an all-time great and a sure first-ballot Hall of Famer.

His approaching milestone of 3,000 career MLB hits is further evidence of that. Although Ichiro has slacked off a bit in his seasonal numbers since leaving the Mariners in 2012, he is still fun to watch, and can still hit with the best of them. Now just 23 hits away from becoming the 30th player to reach the 3,000 hit mark, the 42-year-old Ichiro is certainly still an MLB-level talent.

Even though he won’t go down in history as the all-time hits king — Pete Rose would seem to be happy about that — Ichiro will definitely go down as the best all-around player to ever come out of Japan, and one of the best in the entire history of Major League Baseball.

Hit-record or not, Ichiro is still in a class all his own.