Red Sox phenom, Mookie Betts, can do it all. He’s a great outfielder, a fast runner, and can even tap into some power every now and then.

But on Monday afternoon in Boston against the Washington Nationals, Betts showed off all of his skills over the course of just two innings. 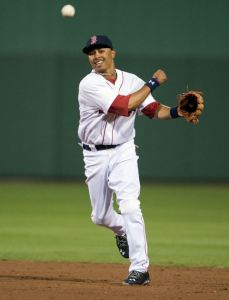 Things got kicked off for Betts in the very first inning of the game. Bryce Harper cranked a ball deep toward the outfield bullpens, which looked to be gone off the bat. But Betts did a great job getting a jump on the ball, making the leap at the wall and robbing Harper of a home run.

In the bottom half of the inning, Betts continued his great day. After a walk, Betts slid in safely to second on an attempted steal attempt. Wisely noticing that no one was covering third base, due to the shift on the current batter, David Ortiz, Betts took off for third and successfully swiped that bag as well. Two stolen bases on one attempt.

But not to go without showing off all of his tools, Mookie stepped to the plate in the bottom of the second and cranked a three-run homer over the green monster in left field to give the Red Sox a 4-0 lead.

All in a day’s work for Betts.

With all of the contributions from Betts — who went 2-4 on the day, with 4 total RBI’s — the Red Sox cruised to a 9-4 win over the Nationals. If things can continue to go the way they did on Monday for both Mookie Betts and the Red Sox, 2015 could end up being special years for both of them.

The original plan for Alex Rodriguez, after undergoing hip surgery on January 16th, was for him to be fully recovered, and ready to play, by the second half of July; August at the latest. That plan may not pan out, however, as in an interview on Friday, Yankees’ GM Brian 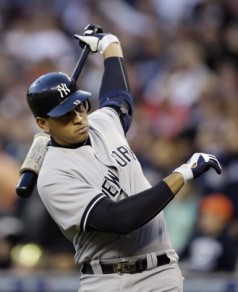 Cashman stated that there’s the possibility Rodriguez could end up missing all of 2013, saying, “I think because [of] the serious nature of the surgery and the condition that he’s trying to recover from, you know, there is that chance.”

While Cashman’s comments are worthy of attention, for Yankees fans across the country, I don’t feel they’re worthy of panic. The Yankees have always seemed to be able to find a way to win, most of the time, even when their chances looked poor. Though the Yankees appear to have their backs against the wall, I feel, with or without Rodriguez in the lineup, the Yankees will once again find a way to make it to the playoffs in the coming season.

How deep they make it into the playoffs is yet to be seen.

Looking at the Yankees’ roster, even without Rodriguez, I see a group of players that have the ability to dominate, but it’s going to come down to whether or not they’re able to perform as well as they’re capable of, throughout the entire season. If they let up, even for a few weeks, it’s likely that either the Orioles, or the newly revamped Blue Jays, will pass them up, and never look back. That’s what I feel the Yankees need to be worried about; not losing A-Rod, but losing momentum.

For me, the key player to the Yankees’ success in 2013, as it has been for the past decade, is Derek Jeter. While the looming loss of Rodriguez is a definite blow to the team, the Yankees have a decent replacement for him, in Kevin Youkilis. Though Youkilis doesn’t have the kind of pop that A-Rod possesses, when healthy, Youkilis is just as good, if not slightly better, of a defender than Rodriguez, at the hot corner. The way I see it, 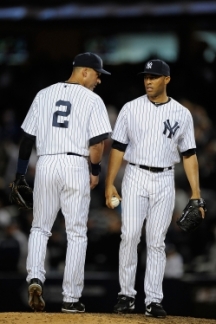 right now, the Yankees can survive without Rodriguez, but in the event that Jeter doesn’t return completely healthy, the Yankees, in my mind, are set to have a very disappointing season; for their standards, at least.

As stated, I truly do feel the Yankees have the players they need to make 2013 an outstanding year. While they’ll be without Rodriguez until at least July–with the possibly of losing him for the entire year–the lineup still has enough pop to make the Yankees a great team. Although the offseason, thus far, brought the loss of Nick Swisher to the Indians, and Russell Martin to the Pirates, I don’t feel those two players leaving will hurt the Yankees all that terribly much. Thus, I like the Yankees chances in 2013; especially with a healthy Mariano Rivera.

If, however, the Yankees end up suffering in the coming season, I’m not going to throw all the blame on Alex Rodriguez. Sure, Rodriguez, when healthy, plays a major part in whether or not the Yankees win, but in the end, you have to play with the players you have. And as far as I can see, the Yankees have the players they need to win, and win often.