Heading into the 2014 Major League Baseball season, there weren’t very many people around the baseball world who didn’t have the Tigers winning the American League Central division. Citing the fact that the Tigers have one of the best starting rotations in all of baseball, in addition to a really good lineup that includes, arguably, the best hitter in all of baseball, Miguel Cabrera, a lot of pre season predictions had the Tigers completely running away with the division. But with around five weeks of games remaining in the season, the Tigers finishing in first place isn’t a lock, as it was once viewed. 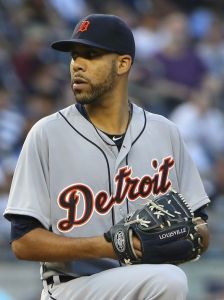 A game and a half back of the division leading Royals, the Tigers have some work to do to retake their lead in the Central.

Back on July 31st, the Tigers made a move that seemed certain to help them pull away from the Royals. In a three team trade with the Rays and Mariners, the Tigers sent Austin Jackson to Seattle, who in return sent Nick Franklin to the Rays, with the Tigers sending Drew Smyly and a prospect to the Rays in exchange for David Price.

Though Price hadn’t been overly dominant before the trade went down, a team with David Price is much better off than a team without David Price. And that has proven to be true in his few starts since the trade.

In Price’s most recent outing at his long time home, Tropicana Field, Price had one of his best games of the season. Going eight innings, giving up just a single hit, Price was fantastic on Thursday afternoon. However, Alex Cobb, who was on the mound for the opposing team, was just as good. In the end, despite the amazing pitching performance by Price, he was handed the loss, as the Tigers failed to provide any run support whatsoever.

If the Tigers want to win the division and not be faced with a one-game playoff that comes with a Wild Card spot — a spot that isn’t guaranteed by any means, as the Mariners currently sit just a half game back of the second Wild Card — they’re, obviously, going to have to start playing better as a team than they have been recently.

The day the David Price trade occurred, the Tigers were in a great spot. Sitting in first place, four games ahead of the Royals, the acquisition of Price looked to only improve their team, which was already seemingly on the way to another division title. 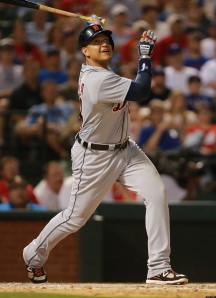 But while Price has done his job for the most part, as has the always terrific Max Scherzer, the remainder of the pitching staff, along with the lineup, has been hit and miss from one night to the next, with their entire bullpen being subpar at best.

Justin Verlander hasn’t been the same caliber pitcher he once was in quite some time; Joe Nathan, who they acquired to strengthen their bullpen, hasn’t been that great; and although Miguel Cabrera is having a good year, he’s currently on pace to finish out the season around 20 home runs and 30 RBI’s shy of the unbelievable numbers of 44 home runs and 137 RBI’s he posted in 2013.

Those three players are going to have to catch fire for the Tigers to take off in any major way.

With the entire Tigers team underperforming for the most part at the moment, and with the Mariners right behind them, threatening to overtake their playoff chances, the Tigers are experiencing quite a bit of struggles. Though they’ll likely find some sort of groove at some point in September, the Tigers are doing extremely poor in comparison to where they should be with the talent they have. If, somehow, the Tigers miss the postseason altogether, it would be nothing short of a disastrous season on their part.