As history has shown us, Spring Training virtually means nothing when it comes to projecting how any given team or player will fare when the regular season actually rolls around. 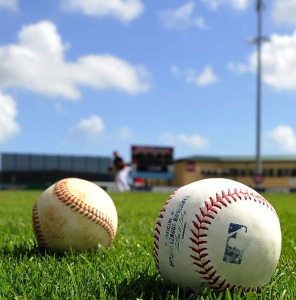 In season’s past, teams that “won” their leagues in the Spring wound up finishing in last place when the games actually mattered, with the opposite holding true for other teams that had poor Spring Trainings. The same applies to players, some of which vastly underperform or overperform in the Spring but return to their expected selves when April begins. For that reason, looking at the standings and stats is useless.

But that doesn’t stop me from checking them out anyhow. With Spring Training nearly over, and regular season games set to begin on April 3rd, I figured I’d share some of the things I took away from a quick glimpse at the standings and stats of teams and players around the baseball world.

The Mets and Cardinals are expected to do big things in their given divisions in 2016, but you wouldn’t reach that conclusion from peering at their Spring record. Each is well below .500, despite individual players on both teams shining at times. But that will inevitably change when the year actually begins.

On the flip side of things, the Phillies have a great record in the Grapefruit League, with the Rockies and Brewers doing well in the Cactus League side of things. But although they are outplaying other teams to this point, none of them are expected to do much of anything this season, with a last place division finish possible for each of them when all is said and done.

David Peralta and Christian Yelich — each of which were terrific in 2015 and have the ability to hit for a very high average — are ice cold thus far in Spring Training. However, they should easily turn things around when the true games begin. Likewise, as far as pitchers are concerned, veterans Jake Peavy and Jeff Samardzija haven’t faired much better than Peralta or Yelich, as each is doing horrible this Spring. But fortunately for them, the likelihood that all of these players continue to perform at such a low level is extremely low.

So if your favorite team or player is having a terrible Spring Training, don’t panic — at least not just yet. Theses things always seem to find a way of working out. But all the same, don’t set your hopes too high on a player or team who is putting up stellar numbers but is expected to do poorly this year. It likely won’t be able to last over the long 162-game year.

But then again, that’s why the games are played. Anything is truly possible from one year to the next.