The biggest honor a Major League Baseball player can receive for their hard work and consistent numbers throughout their career is an induction into the National Baseball Hall of Fame in Cooperstown, New York. Tom Glavine, Frank Thomas and Greg Maddux will all be awarded that honor this coming Sunday (along with Tony La Rusa, Bobby Cox and Joe Torre for their managerial careers), as they will be officially inducted after earning the necessary 75 percent of the vote back in January.

With the 2014 MLB Hall of Fame induction ceremony coming up this weekend, I wanted to go over the active major leaguers who are either sure things, likely to make it, or well on their way to a HOF career. Keep in mind, the players listed in each category below are by no means all of the players that fit each category, and some players that I feel are Hall worthy may not be in your mind; while players you think have the numbers didn’t make the cut in my mind. It’s just the top three per category, as far as I’m viewing things.

first ballot HOFer. Set to retire after this season, Jeter is one of the all time great players the game of baseball has ever seen, and the career he put together both on the field and off makes him all the more impressive.

Nearly as close of a lock as Jeter is Albert Pujols, who hit his 500th career home run earlier this season. In addition to the homers, Pujols has 2,000 other hits to go along with them, equaling out to a .300 career average to show for it. Going on a record setting start to his career, with twelve straight seasons of 30+ home runs, Pujols should certainly get in his first time around on the ballot.

Though there are people who argue against David Ortiz because he’s a designated hitter, a career of over 450 homers, nearly 1500 RBI’s, and an upper .200’s batting average makes it in my book. Coming through in the clutch in seemingly every situation for the Red Sox throughout his career, Ortiz is going to make it in, even if it’s not the first time.

Likely to Make It

While the stats don’t count, when combined from his numbers in Japan, Ichiro Suzuki has over 4,000 professional hits. As far as the record books show, here in the States, Ichiro has nearly 3,000 hits, a .300’s 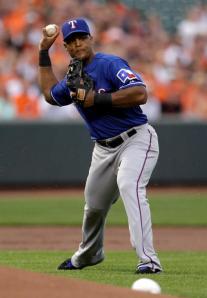 average and almost 500 career stolen bases. Therefore, despite missing the beginning of his pro career due to time spent in Japan, Ichiro will inevitably wind up with the stats to get in the Hall.

Adrian Beltre continues to put together the type of numbers that gets a player elected to the Hall of Fame. With over 2,500 career hits and almost 400 home runs, to go along with an upper .200’s average, Beltre is one of the best third basemen the game has ever seen. Given the fact that he will likely play a few more seasons, Beltre should only continue to improve his case.

Argued as the best hitter in baseball today, Miguel Cabrera’s stats are unbelievable at this point in his career. At just 31 years old, Cabrera may not get into the Hall if he quit tomorrow, but it would definitely be close. Holding the highest active average of any player, to go along with over 2,000 hits and around 400 home runs, Cabrera will ultimately find himself in Cooperstown when all is said and done.

Off To Great Starts

With the future unknown, I could’ve put dozens of players in this category, but these three are the ones most off to Hall of Fame careers. Having not played for too terribly long, they don’t currently hold the stats to make it in, but if they can each continue their average season for years to come, they’ll definitely finish out their careers with numbers equaling a Hall of Fame career.

Clayton Kershaw is arguably the best pitcher currently in baseball. With two Cy Young awards before the age of 26, Kershaw has posted an ERA

under 3.00 each of his first six years in the big leagues; the exception of his career being his inaugural season. Kershaw has also put together over 200 strikeouts each of the past four seasons, and, if he can keep the success going, will likely be on his way to the Hall of Fame.

Seen as the best closer since Mariano Rivera, Craig Kimbrel is as dominant of a relief pitcher as you’ll find. Recording over 40 saves each of the past three years, over which his highest season ERA was a whopping 2.10, Kimbrel is nearly a sure bet in the ninth inning. Holding a career strikeouts per nine innings pitched of over 15, Kimbrel is on his way to sharing in Rivera’s fate — making it to Cooperstown.

Though Miguel Cabrera is the best hitter currently in the Majors, Mike Trout is viewed as the best all around player. A true five tool outfielder, Trout has shown the ability to hit for power — 25+ home runs and 80+ RBI’s each of his first two seasons — as well as the ability to hit for average — over .320 in those two seasons. While the future is unpredictable, at just 22, Trout’s future surely holds an induction into the Hall.

As for the players being inducted into the Hall of Fame this Sunday as part of the 2014 class, you can watch the live induction ceremony at 1:30 on MLB Network.